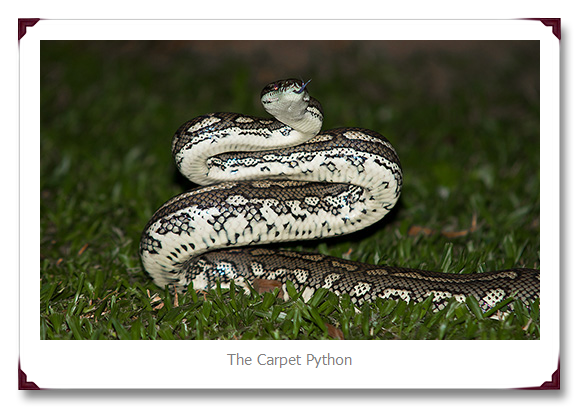 The Carpet Phyton is a large species of python in the genus Morelia, reaching between 2 to 4 metres (6.6 to 13 ft) in length and weighing up to 15 kilograms (33 lb). The average adult length is roughly 2 metres (6.6 ft). Males are typically smaller than females; in some regions females are up to four times heavier. 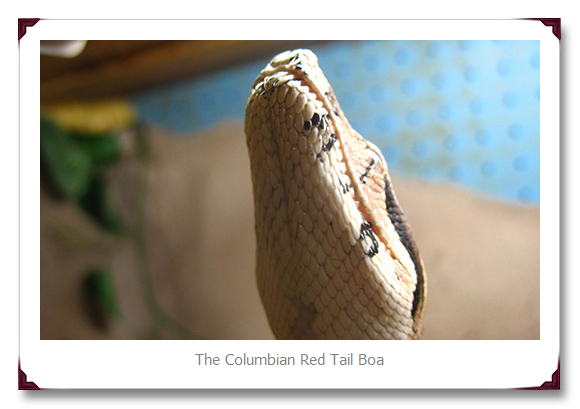 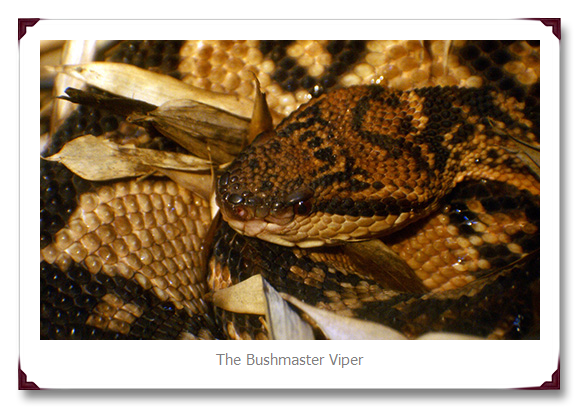 The Bushmaster Viper is  the longest venomous snake  up to 13 feet, found in scrublands and forests from the Amazon River basin north to Costa Rica. These large snakes are reddish brown to pinkish gray in colour, matching their forest floor habitats, and they may bear x-like or diamond patterns across the back. 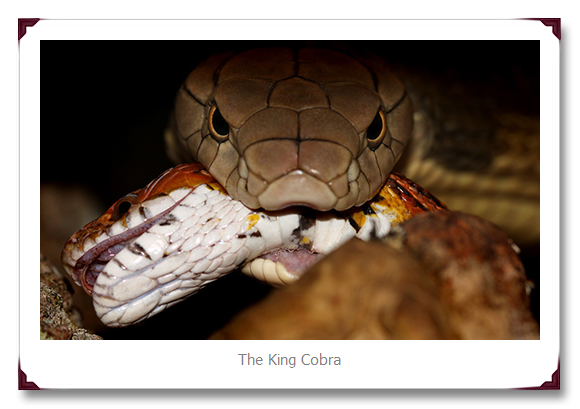 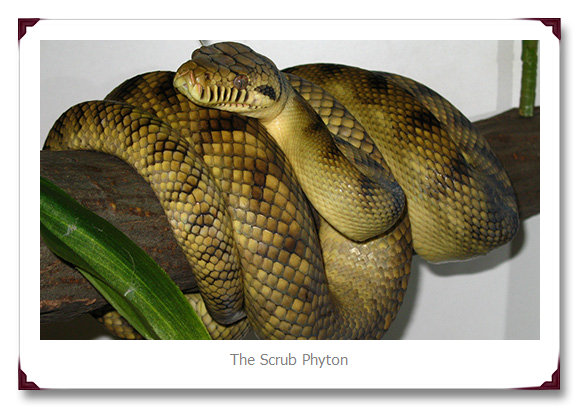 It holds the distinguished title of the largest non-venomous snake in all of Australia. The scrub python’s maximum length is 8.5 meters (28 feet). 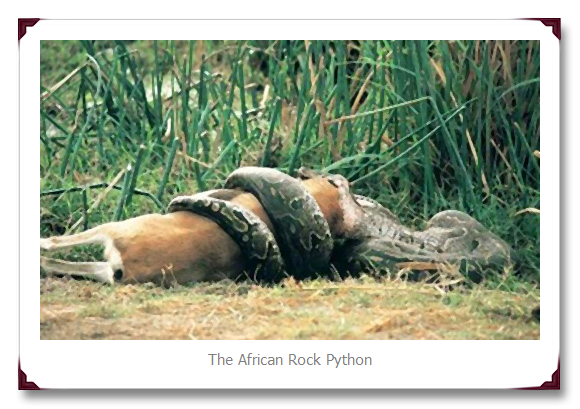 With the average adult length of 18 feet, and the maximum 25 feet long, its dominance in the wild is aggressive and robust, and it will eat nearly anything that it can wrap it mouth around. As suggested by its name, the snake’s habitat is Africa. 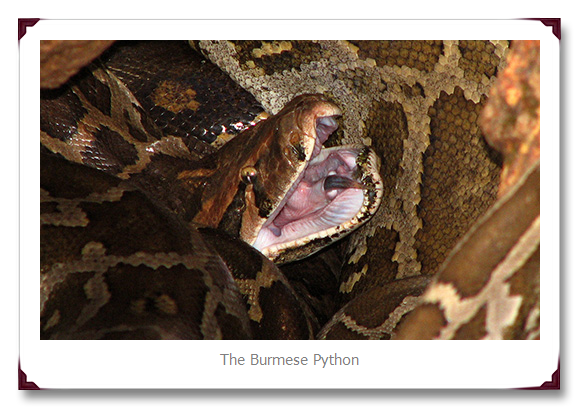 The average adult length is about 13 feet, and the longest one recorded was 20 feet. The interesting thing about the Burmese python is that, to incubate their eggs, they raise the temperature of their bodies, rather than merely enveloping itself around the egg, as other serpents do. 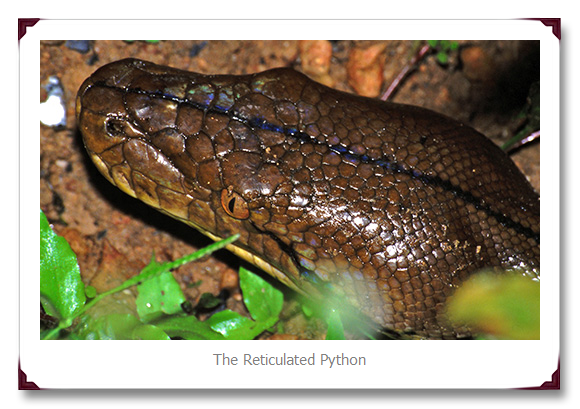 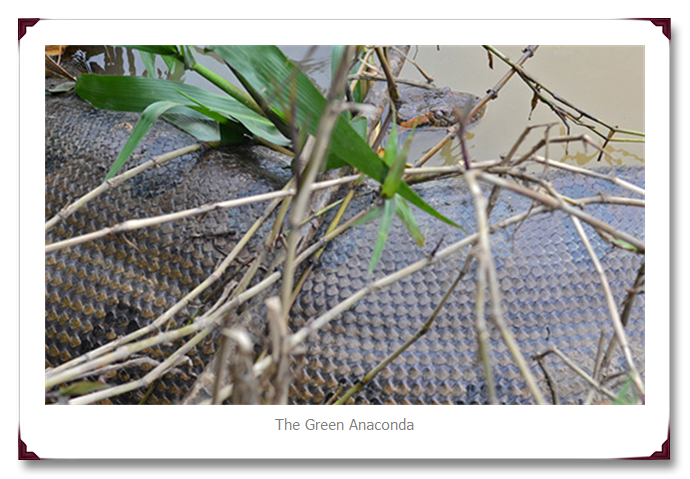 The Green Anaconda is reputed to be the second largest snake in the world. It is a semi-aquatic boa that lives in the marshlands of South America. The average adult size for a green anaconda is  15-17 feet; its weight can easily surpass 200 lbs, (the heaviest one found was 550 lbs). The largest to be confirmed is about 28 ft. 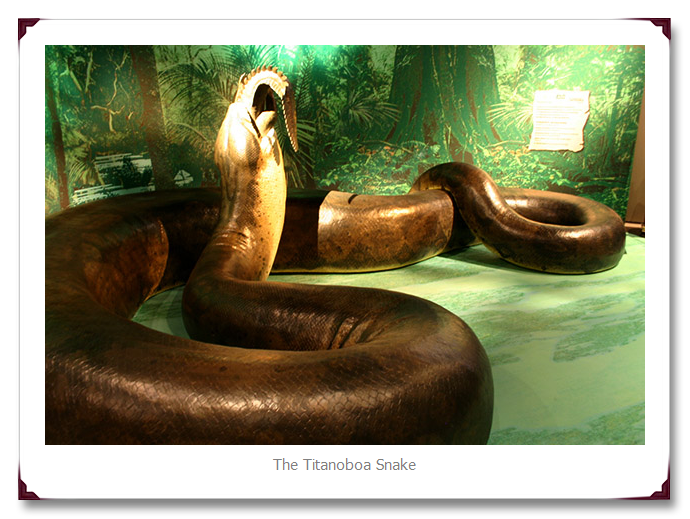 Titanoboa was 13m (42ft) long – about the length of a bus – and lived in the rainforest of north-east Colombia 58-60 million years ago. The snake was so wide it would have reached up to a person’s hips, say researchers, who have estimated that it weighed more than a tonne.